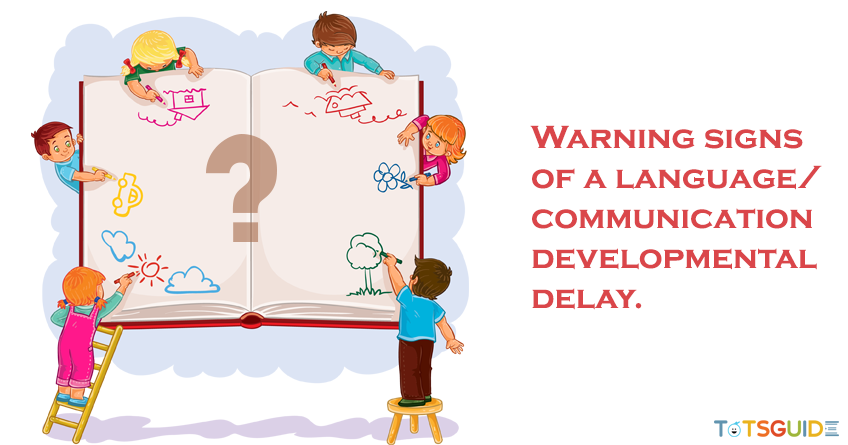 Like every other milestone, children learn to speak at different time intervals. If a child has not spoken their first word until 18 months, then it is considered that the child has a language delay.

A language delay can be classified as the following:

Following are the warning signs of language delay age by age

Causes of language delay are not known but genetics does play an important factor. Also, if the child is born prematurely, she might face language delay.

What To Do If You Detect A Language Delay in your children?

Like any other disorder, early detection and intervention of a language delay is the key. First things first…visit your pediatrician he will guide you through the process. He will ask you to fill up a questionnaire based on which, he will diagnose the problem. Depending on the type of delay, he will suggest you visit a speech pathologist, an audiologist, or an occupational therapist. These are certain things you can do at home to help your child catch up.

Speak slowly and clearly. Enunciate if there is a need. Remember your child needs to comprehend every word you speak. That is how he will be able to add words to his vocabulary and use them.

Use sign language. Sometimes it is easier to make the child understand with the help of gestures.

Parallel Talk: While your child does an activity you simultaneously talk about what he is doing. That gets the child's thought process into perspective and at the same time he gets to listen to what he is doing and add new words to his vocabulary

Word expansions: If your little one is hungry and she says ‘food’, encourage her to say ‘want food’. Although it is not a complete sentence, it makes more sense and its going a step further to making a sentence.